Social commerce is said to be one of this year’s marketing trends as more consumers rely on recommendations from their friends and other shoppers when making their purchasing decisions. But how do consumers across the world and in the UK use deal-sharing communities like HotUKDeals to do their shopping?

Pepper.com, a globally active social commerce group that HotUKDeals is part of, has analysed the data of its eleven platforms to find out which devices consumers use when shopping, when they are likely to make purchases and what kind of products interest them the most. The study unveils national characteristics of British consumers and patterns they have in common with consumers from around the world.

Consumer electronics and fashion items are the most popular products

Retailers selling consumer electronics and fashion products benefit the most from social commerce: 23.13% of all 156.78 million products that were clicked out to or purchased via Pepper.com’s eleven platforms during the first six months of 2016 were electronic items such as smartphones, notebooks, TVs and video game consoles. 13.72% were fashion items and accessories. Home and furniture items ranked third with 11.18%, with entertainment products such as computer games, movies on Blu-ray Disc or DVD and music ranking fourth with 6.50%.

The purchasing behaviour of British consumers using social commerce platforms differ slightly from these global figures. For example, users of HotUKDeals favoured researching and buying products for the home in the first six months of 2016 with 18.35% of items viewed or purchased from HotUKDeals falling into this most popular category. Fashion products ranked second with 17.84% (the same position as the global figures) followed by computers (laptops/PCs/printers/hard drives etc.) with 8.22%.

Other markets lag behind in development. While the USA are currently on average with 58.79%, continental European markets can be characterised by a comparatively small proportion of mobile shoppers. In Austria (49.19%), Germany (48.69%) and Poland (45.03%) less than every second consumer uses a mobile device for online shopping. France has the lowest proportion of mobile shoppers with 42.11%.

Android is by far the most used mobile operating system worldwide for those shopping online. No less than 66.48% of all 60.45 million consumers who visited one of Pepper.com’s social commerce platforms from January to June 2016 via a mobile device used an Android smartphone or tablet. The second most popular mobile operating system was Apple’s iOS with 29.93% of all visitors using an iPhone or iPad. Only 2.73% of all mobile devices were operated by Windows and only 0.26% used a BlackBerry.

In the UK, consumers prefer iOS devices for shopping online with 57.38% of the users of HotUKDeals opting to use Apple products in the first half of 2016. 39.36% of members used an Android device followed by Windows (2.77%) and BlackBerry (0.44%).

Many consumers around the world like to shop online and make their purchases on a Tuesday. In seven of the eleven markets an average of 15.59% of all products clicked out to or purchased via one of Pepper.com’s social commerce platforms were done so on a Tuesday. Monday was the strongest day in three markets with 15.76% and in Brazil Wednesday was the most popular shopping day with 16.86%. The weakest day is Sunday with only 12.87%.

Another pattern consumers from around the world have in common is the time of day when they are most likely to shop online. The early evening and especially the two hours between 7pm and 9pm is the time with the highest purchases or click outs to products with 6.18% of all consumers shopping between 7pm and 8pm and 6.19% between 8pm and 9pm. The second most popular time of day are the hours between 1pm and 3pm with 6.06% (1pm to 2pm) and 6.03% (2pm to 3pm) of all consumers using their lunch-break to shop online.

The situation in the UK is the same in terms of the day most consumers are likely to shop online with most members of HotUKDeals favouring Tuesdays to make their purchases (15.3%), followed closely by Mondays (15.09%) and Fridays (14.29%). Like the global trend, the majority of purchases (13.03%) happen between 7pm and 9pm. 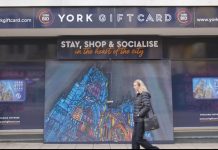 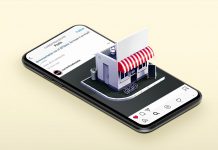