Rewind back to March of 2016 when Instagram first announced that it was going to change it’s current algorithm to order posts based on “the likelihood you’ll be interested in the content”, instead of in chronological order and you’re likely to remember to the onslaught of comments which ensued.

It’s safe to say that it was only Instagram that was feeling pretty pleased with themselves about their seemingly ingenious idea to show users posts that they would like, rather than ones which they may not, but in a chronological order which displayed posts from newest to oldest. According to Instagram, 70% of users missed posts in their feed, so they also had the statistical back-up to warrant a new algorithm “ordered to show the moments we believe you will care about the most”.

It’s a theory the change does, of course, make sense. We’re busy people, do we really have time to sit and scroll through the noise to find just one photo we like, when we could be presented with far more that makes us want to tap the heart? The answer is no, we do not have time. Yet, while the algorithm was welcomed more by personal users of Instagram, it was less so welcomed by those who use the platform for their business or professional use. It’s an Instagram update for the people, not businesses or advertisers who make the platform money.

Essentially, the algorithm was threatening to expose that brands and influencers alike, were relying upon a chronological feed for engagement to their posts. Meaning that they had worked out an optimal time to post to ensure that they gained a respectable amount of likes and comments. While the new algorithm challenged that and meant that how posts were ranked on the feed was now shrouded in secrecy.

While the algorithm is naturally a top-secret affair for Instagram’s eyes only, there are key factors that affect the posts that users are shown. Instagram say they want to show users “people they care about”, and with that in mind posts are displayed according to Buffer Social taking into account the following: relationship to the user, accounts users engage with,  users direct messages, accounts that are searched for, timeliness of the posts, genres of content users have shown interest in, posts that are shared and time spent viewing a post.

Now, some of these factors make good sense, but they also work against each other too. For example, you like a pair of shoes, yet it doesn’t mean that now you only care about shoes from now on and want to see these forevermore. Yet, it’s clear that you have an interest in this type of content (according to an algorithm at least) and would like to see more. Likewise, accounts you engage with or whose genre is similar to another account you follow will be shown as a priority. Confused? Well, it’s no wonder that businesses are too, because the algorithm means that businesses essentially have no clue as to how to implement a solid Instagram strategy. 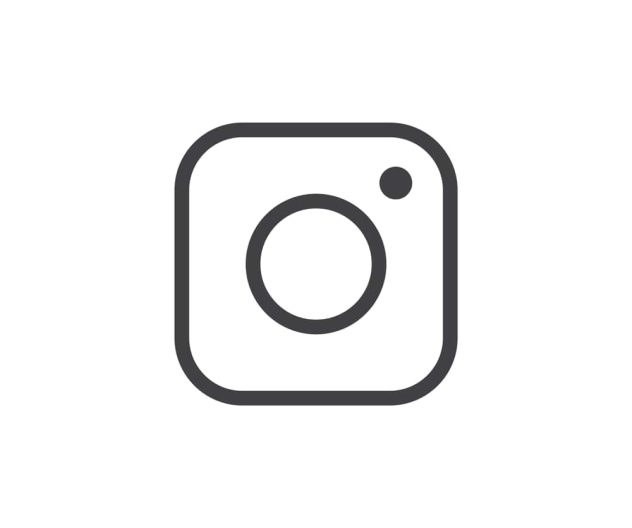 When it was first announced, there was an influx of so-called influencers requesting users to ‘turn on notifications’ so that followers were notified when a post was uploaded; the furore has since died down, but many are claiming that they have seen a drop in engagement since the chronological posting was removed.

Of course, for every negative, there is a positive, and many claims that the new algorithm is an opportunity for content and engagement on the platform to be improved. After all, with engagement a key measurement as to where a post appears in a feed, the onus is on account owners to create content that is of the highest visual quality, which appeals to users and ultimately, encourages them to like or comment on the post.

For larger brands, the algorithm has seen little impact. These are brands that already have a large and, importantly, loyal following – something which Instagram are rewarding. But what about smaller businesses who are looking to use the platform to grow their following and increase brand awareness? Well, it’s a struggle.

Natalie from the Little Mill House, an online interiors brand, has experienced first-hand how the algorithm has affected her businesses, “engagement has dropped by about 50% since the algorithm changed, with sales dropping too – although, thankfully not by as much. I’ve tried posting at different times of day, increasing and decreasing the amount I post and using a variety of hashtags, yet none of these has worked. Luckily, my main source of custom comes through Google searches and offline advertising, which means I haven’t solely relied upon Instagram to advertise my business, and have instead turned to Pinterest and Twitter.”

As one of the key elements of the algorithm is to reward accounts whose content is engaged with previously, placing it higher in a user’s feed, this leaves smaller accounts who are trying to grow their following at a dead end. Is it a move to encourage smaller businesses to use Instagram’s ad platform? If they want to grow their following and increase engagement on posts, then it could be time to embrace paid amplification. Many already use growth services to provide them with more Instagram followers, but coupling this with the services available on Instagram might be a smart move to increase reach and attract new followers onto their profile.

Small retail businesses have reported a decrease in the number of likes and engagement posts have received. Yet, when you consider that if an account had 500 followers, then that post had a reach of 500 users, it’s now estimated organic reach is less, but more engaging when it happens. Therefore, you could argue that follower count is a less relevant metric, but for accounts that are looking to increase post engagement, then they need a solid amount of followers to do so.

Pragya Agarwal, at Hedge and Hog Prints, has also found that sales have dropped since the algorithm change due to a reduced organic reach “it’s impacted sales as the organic reach is much lower, and it’s now harder to be seen on the platform. I have read up on strategies that advise on creating Instagram Stories and posting every day – but haven’t yet been disciplined enough. I have found engaging with other users to improve engagement though.”

However, as I mentioned earlier, the algorithm is very much for users, and thus it means that they can follow a higher number of accounts, without the worry that their feed will be full of posts from every account they follow – they will only be shown posts from the accounts that they truly engage with.

Previously, accounts could rely on finding their own optimal time to post, and while Instagram says that timeliness is of importance, it’s less so since there are overriding factors to consider.

For those businesses who have been using an influencer or brand ambassador campaign (individuals who post brand-related content on their own account with the purpose of influencing their following), the impact has also been felt, with many influencers reporting a reduction in engagement. On the other hand, this also means that a campaign of this nature can help to grow your brand awareness on Instagram, as reach is going to ultimately be increased if you use a variety of accounts, rather than just your branded one.

As Ewa Zubek, Social Media Director at Culture Trip explains, the Instagram algorithm requires some adaptation – but it can pay off. “The algorithm change has certainly forced us to think harder about engagement and re-think our Instagram strategy. Over the last few months, we’ve become much more active on the engagement front: we brought back relevant hashtags for discoverability outside of our account, we like our fans’ pictures and comments and spend much more time answering their questions. We have also started to produce more InstaStories for added visibility at the top of the feed. We even use some of them to tell our fans that there’s a new post on our account. We spend more time thinking about the user than we did when the feed was sorted chronologically. As a result, we have seen an increase in user engagement as well as more consistency in post-performance across the board.”

It’s easy to be dismissive of the Instagram algorithm, yet you wouldn’t tell a Doctor how to do their job, so why should we tell Instagram how to do theirs? They will, no doubt, have an overarching, and likely secretive, reason as to why the algorithm changed. But as with all social media updates, time will tell as to what is to come next. For now, it’s time to ride out the change.