This week, music and entertainment retailer HMV announced a controversial new plan to expand its store estate, with the opening of 10 new stores.

The plans include a search for a new London flagship site, following the closure of HMV’s Oxford Street store back in 2018 when the company fell into administration.

Whether the organisation goes back into administration depends entirely on how willing it is to diversify and adapt.  The reality is that any business – of any size and in any sector – needs to be agile and respond to changing market conditions. When it comes to digital platforms and the increasing trend towards purchasing online, this is particularly important. Rather than becoming complacent with an existing product or service, businesses need to listen to their customers and look at the state of the current market, if they are to understand how to keep pace with changing demands.

Frustratingly, HMV seems to have learnt very little from its previous dabbles with administration. In both 2013 and 2018, it was like watching a sequel of the video rental chain – Blockbuster failing to identify Netflix as a threat and diversify, despite HMV having the potential to utilise its heritage and leveraging its brand recognition to create an online platform that competes with iTunes and Spotify.

Should HMV continue building more stores despite the decline in CD and DVD sales? Why/why not?

To some extent, I agree with Mr Putman that: “When everything is shrinking, it’s a good time to grow”, but that very much depends on which way you are looking to grow.

Backing a 100-year high street status quo, which was very clearly on the decline even before the pandemic, seems like a very bold, and possibly foolish, business move to me. CD and DVD sales are also on the decline and even supermarket giants like Sainsbury have decided to stop selling DVDs amidst competition from streaming services. The fact that HMV is not looking to sign any long-term deals also suggests they are not even certain about the future of the high street themselves, so the move looks like madness to me, further threatening their fall into administration.

While I’m sure there is a subcategory of consumers who are attracted to the in-store experiences HMV plans to offer, the question is whether this group is big enough to sustain enough long-term interest to keep the company afloat and not fall into administration. 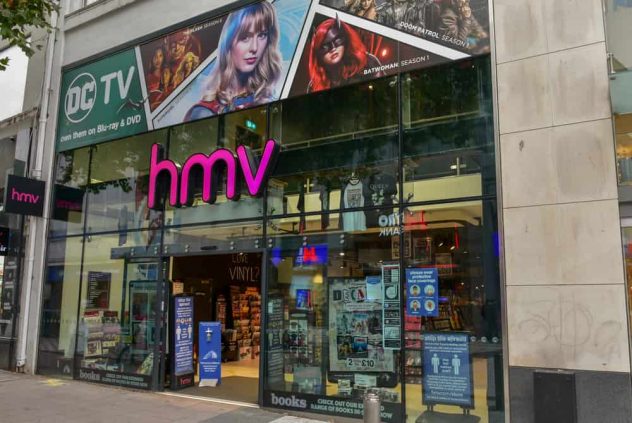 Should retailers continue expanding their store estates amid the pandemic? Why/why not?

“Retail Therapy” has previously been seen as an experience. A days shopping was seen as a relaxing treat walking from shop to shop, stopping for a coffee and some lunch; however, since the decline of active retail outlets on the high street, the footfall is fading away and for the likes of HMV, there is a strong reliance on customers coming into town centres or shopping districts specifically to visit them. Natural passing trade is low, minimising the chance of an impact sale from somebody popping in for a browse as they pass.

Store closures, job losses and empty stores are all part of the inevitable decline of the high street. That said, some retailers will be able to expand their store estates more effectively than others. One thing the online revolution has made clear is that customers want to feel a close connection with the brands they are aligned with. Therefore, an independent store sourced with fully local artisan products may well be able to successfully expand their local presence post-pandemic.

For traditional retailers, however, it is a different story. John Lewis, one of the most successful department store businesses in the UK, for instance, is traditionally known for store estates so big that you can get lost in them for hours. Yet this year the company has confirmed plans to permanently close eight more outlets after its first-ever full-year loss. The firm has taken dramatic action and now plans to focus on a few “hero products” that will be presented to customers by well-trained ambassadors in their stores. Customers who like these products can then go home and order them on the website.

Should HMV focus on taking its business online?

Yes. Even the UK’s biggest supermarkets have stopped selling CDs and DVDs. Spotify is one of the most successful music services out there and has claimed 36% of the global streaming market. This comes down to the fact that consumers want quick, easy and accessible content, and businesses in the space need to adapt their online offerings to match that previously provided in a physical space.

Is there a real fondness for vinyls?

Vinyls have experienced a surge in popularity among younger and older generations. This popularity is not mainstream but rather driven by a niche group of music fans who see vinyl as part of a collector’s experience. Leaving to one side arguments that vinyl offers a better listening experience, the fact of the matter is that most vinyl shops are small. For bigger shops, vinyl is also offered alongside other music products like CDs. HMV will need to determine just how much of its offering focuses on vinyl.