The queues seen outside many shops on April 12th as non-essential retail reopened to the public after lockdown was a welcome sight for the retail industry. After months of lockdown, industry upheaval and the collapse of a High Street presence for the likes of fashion stores including Debenhams, Cath Kidston, Topshop and Laura Ashley, it must have seemed like a new dawn.

But will this pent-up demand from shoppers herald a lasting return to the good times for fashion retail, specifically physical retail? That’s less certain. According to the latest figures from the Office of National Statistics, the proportion of online retail increased to a record level in February 2021 reaching 36.1%, up from 35.2% in January 2021. Pre-pandemic, in February 2020, the figure stood at 20%.

While the likes of TK Maxx and Primark are examples of brands that have bucked the trend of not having a strong online presence, weaker players that have had an over-reliance on physical sales have, and will continue, to suffer.

The good news is that there is still a place for physical retail. Local independent shops, for example, should flourish, as the shift that we’ve witnessed in lockdown to us spending more time in our immediate neighbourhoods – rather than travelling to cities – is likely to remain.

But most fashion retail will have to reinvent itself to be experiential – a place where physical and digital worlds meet – if it is to survive.

A good example of this is the new experience offered in store by fashion retail brand Browns, owned by the online retailer Farfetch. Its revamped presence in London will include augmented reality technology where customers can try on clothes that aren’t in the store. The store also includes a restaurant, outdoor courtyard, a room with constantly rotating experiences such as photography exhibitions, and, instead of having to go to the checkout, payments can be made via a link sent to the customer.

Figures published last week by the New West End Company, a partnership of 600 retailers, restaurateurs, hoteliers and property owners across 80 streets in London’s West End, also bear out how locations offering more than just retail can attract higher footfall. The figures show that on 12th April when shops reopened, retail and hospitality hotspots in the West End like Lancashire Court and Heddon Street attracted a 2934% and 1668% respective increase in footfall compared to the same day last year. Meanwhile, neighbouring Oxford Street and Regent Street also saw rises, but much less (847% and 647% respectively). 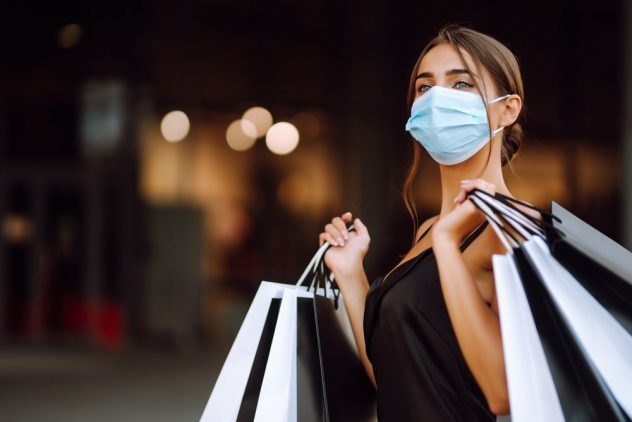 The fact there is still a market for bricks and mortar retail is also evidenced by Amazon’s recently-launched chain of checkout-free grocery stores, Amazon Go. If the company that’s the epitome of online shopping is branching out into physical High Street premises, then it shows there is room for both.

But here too, there’s the mix of physical and digital, with shoppers’ baskets automatically itemized as they go round the store. Amazon is therefore bringing a new experiential dimension to the most basic type of shopping: the drudgery of the everyday food shop. I predict that Amazon won’t look to stop here either – over the next few years we could see Amazon Go stores stocking the likes of tech products or fashion items. So fashion retailers need to start thinking how Amazon could encroach on their space, and think of how they can offer a similarly attractive experience to customers.

Retail also needs assistance from government. Interest free loans is one option, or, as Mary Portas, the former government ‘High Street tsar’ has recommended, business rates relief extended to the end of 2021 and an ‘Eat Out to Help Out’ style scheme for the retail sector could be brought in to entice shoppers to continue to visit town centres. How could this be paid for? Restoring parity in terms of the amount of tax paid by online retailers compared to that which physical retail pays would provide the government with plenty of money to support the bricks and mortar retail sector.

Yes, physical retail can survive. But it needs to rethink how it can become experiential to last in the long term beyond the initial thrill of customers being able to return last week.

Mark Leeson is Operations Director of McBains, a property and construction consultancy