The food industry appears to be going through a revolution in its structure which may turn out to be as far-reaching as the shift to factory-made processed foods which we saw in the 19th and 20th century when the likes of John Cadbury and Henri Nestle set up their businesses in the 1840’s and 1860’s, and the age of industrial food processing was born.

These changes are being enabled, in part, by a plentiful supply of capital and a shift in the behaviour of some consumers triggered by environmental concerns such as carbon footprints and greenhouse gas emissions, animal welfare and human health.

The evidence for this change can be seen in recent data supplied by Pitchbook which estimated that in 2020 private equity invested $18.1bn in 767 investments compared to less than $500mn and 67 deals in 2010.

The quick return businesses with ‘low’ tech content have, unsurprisingly, attracted the most attention and the most capital. In this category, we include distribution businesses. The impact of Covid-19 has clearly accelerated the growth in these direct-to-consumer operations however even before the pandemic these businesses had been growing strongly and proving popular. The companies included in this grouping include the likes of Deliveroo, Just Eat, Gousto and Mindful Chef. Their ‘tech stack’ is based around the interface with the consumer i.e. smart apps and, at the back end, it can be the tech in their distribution or fulfilment centres as per Gousto. It can be argued that the ‘tech’ in this area has become fairly commoditized. Companies that developed the right technology early on gained first-mover advantage; their value now rests on their market position, brand image, fulfilment capability and consumer understanding vs their tech stack per se. 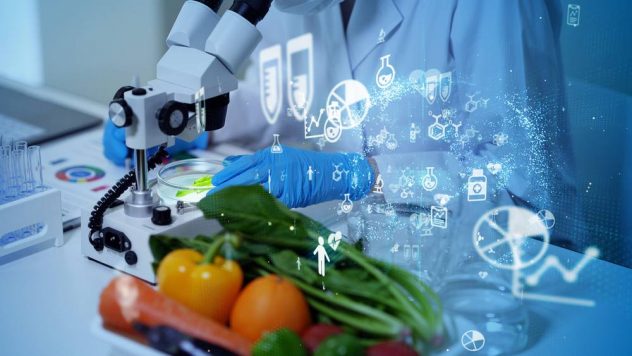 A second group of ‘Food Tech’ businesses include plant-based food businesses like Beyond Meat, Impossible Burger or Oatly. Again, these businesses have scaled quickly, and have the valuations to match. However, again, the ‘tech’ element is arguably at a relatively modest level and what the companies have instead achieved is to grow a brand based on the perception by consumers of being healthier and plant-based. Aside from capital, the barriers to entry are low, and distribution and manufacturing are the only two technological elements that test businesses. It is clear however, that these low-tech businesses, described above, do represent a significant change in the industry, as a recent report from Venture Capital Fund, Five Seasons Ventures, estimated the market value of these food tech businesses at a staggering €559bn.  While it is important to note that this high valuation can in part be attributed to the inclusion of Ocado and Uber Eats, as well as Chinese consumer platform Meituan, these statistics represent a significant change.

Arguably the most interesting part of the food tech story is around how food is produced and therefore what we eat. At one end of the spectrum is the focus on farming: food tech covers many areas, but the one that has received the most attention is vertical farming. High energy costs, land costs and water usage challenges will be factors in holding back this sector and like the distribution businesses, the degree to which ‘tech’ creates a barrier to entry remains uncertain.

At the other end of the food tech production spectrum is the development of food in labs, in particular, food proteins, colourants and alternative meat products. A recent report from think tank RethinkX predicted that, due to the scale of investment going into food tech, by 2030, lab-based proteins will be 10 times cheaper than animal proteins and the number of cows in the US will have fallen by 50%. The appeal of ‘factory’ grown vs farmed protein is clear: there is less of an impact on the planet through methane emissions, farming where the food is needed and potentially lower costs. It is more likely that this area of food tech will throw up sustainable barriers to entry via patents than the ‘low’ tech models previously described. They should therefore generate high valuations despite regulation and food safety being barriers to development. However, the journey to sales and profitability may also be longer than the low-tech businesses in the food sector so the ability to attract capital could be more of a challenge.