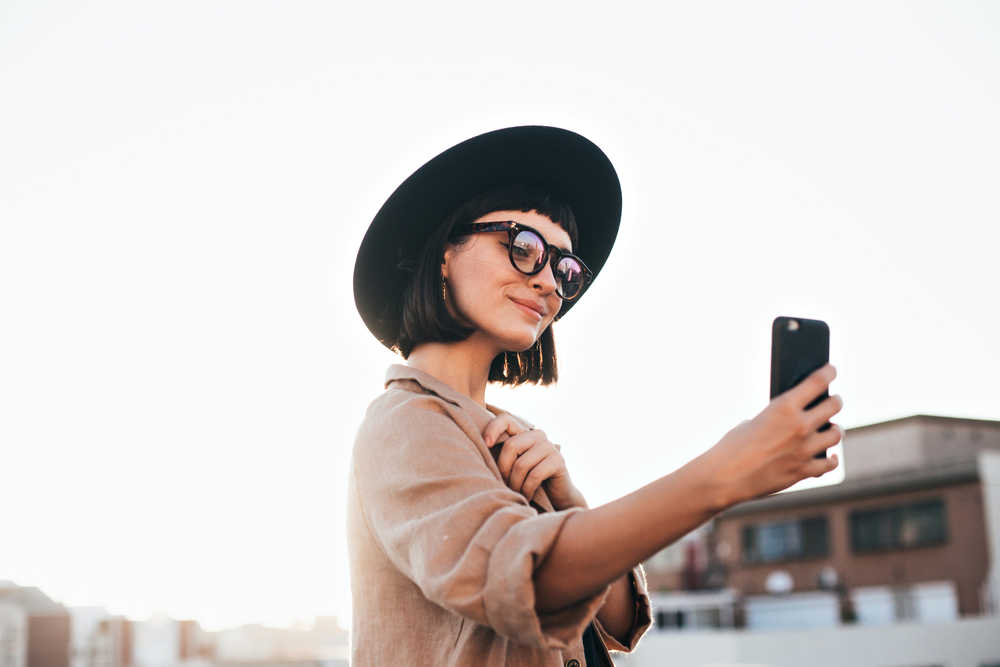 People are no strangers to advertising, and in this day and age, it’s gotten to the point where most viewers have an expectation of advertising. A paid celebrity or model?

Check. A message designed to make us laugh, cry, or feel envy? Check. A suspected level of Photoshop? Check. Arguably, it all blends into the background of normality now. This simply won’t do, especially for an industry like fashion. Fashion needs to be noticed. It needs to be seen. It needs to lead the way for change. Join us as we team up with men’s derby shoes supplier Frank Wright to take a walk through the new digital age of product campaigns.

The problem facing the world of fashion is that customers are increasingly aware of the marketing and advertising tactics behind the media they are viewing. In fact, a staggering 84 per cent of the millennial generation stated that they do not trust traditional marketing. This generation is all too aware of the famous faces bought and paid to promote a product they might not even use. With a staged setting, script, and editing, it all comes across as false to a generation acutely aware of people trying to pull the wool over their eyes.

With that being said, the same study found 58 per cent did not mind adverts featuring their favourite digital celebrities. This is partly why influencer marketing has been so successful — there’s a sense, through connecting with famous faces in a more direct way than ever before, that the products they are promoting on social media, recorded on their phones in their homes, are in some way a more ‘honest’ promotion than if they were in a studio under carefully selected lighting.

But influencer marketing is difficult to use as a full marketing campaign. Making printed adverts, commercials, all these methods would defy the very strength of influencer marketing and its illusion of a personal level connection between a real superstar and their followers. On this front, fashion has started to dabble in an alternative route — product placement on animated characters.

The popularity of animated characters

With technology improving rapidly in recent years, animated characters have gone from an element of entertainment to celebrity status in their own right. Take animated character Hatsune Miku, for example. Hatsune Miku is a world-famous singer from Japan, whose music has featured in the iTunes charts, been in commercials for brand giants such as LG, and she frequently performs at sell-out live concerts. She is the star of her own video game spin-off and has a swathe of merchandise.

Part of a vocal synthesizing software designed for musicians to add backing vocals to their tracks, Hatsune Miku became an unintended breakout success, and is now a musician in her own right. And it’s not the first time an animated character has seen worldwide celebrity status — just look at Gorillaz, and YouTube star Kizuna AI. There’s certainly an audience for these animated avatars and blending them into reality.

Toes dipped in the virtual world

The world of fashion is no stranger with weaving the surreal into the real world. All you need to do is look at some of the bizarre creations heading down the catwalk to know that! But the industry is also beginning to thread truly unreal elements into their shows through the use of animated character appearing on the catwalk. London Fashion Week 2019 saw the runway host not only models, but tigers and dragons soaring around the models. The animations were a fantastic demonstration of state-of-the-art augmented reality, as well as showing how the world of animation has a place in fashion.

The next step: as worn by Elsa?

Is the next step to replace real-life celebrities for animated characters? After all, animated characters don’t have a bias — there’s a certain honesty to using a created avatar to display clothing on, in so far as it sends a clear message to the consumer that the brand knows they know the advert is constructed. It is no longer presented as a multi-millionaire claiming they absolutely swear by a £5 moisturiser they ‘definitely’ use every day.  There’s no illusion with an animated character; it was created for this purpose.

There have been a few instances of fashion brands pioneering the use of animated characters and influencers in their marketing. Let’s take a look now at the hits and misses.

For those who aren’t much into video gaming, the Final Fantasy series may still ring a bell. It’s a hugely popular franchise all over the world, spanning 32 years of video games, movies, and more. The series is known for its intricate detail, and hyper-beautiful characters. Really, they’d be the perfect fit for the catwalk.

That seems to have been the mindset with Louis Vuitton announced its ambassador for the Series 4 campaign back in 2016 — a woman named Claire Farron, better known as Lightning, from Final Fantasy XIII.

Not only did the heroine star in a full campaign of photoshoots ‘wearing’ the brand’s new collection, she even gave interviews. Then again, in the lucrative Asian fashion market at least, Lightning is something of a seasoned professional in modelling — before modelling for Louis Vuitton, she had previously modelled for Prada back in 2012.

Fashion marketing has even gone so far as to appear throughout an entire video game, kitting out all the characters. Using the success of Lightning in these real-world campaigns, game designer Square Enix then reversed the process and had real-life luxury fashion designer Roen create the outfits for its characters in the latest instalment of Final Fantasy. The designer crafted the outfits in the real world, which were displayed at conventions and events to promote the game, as well as appearing digitally on the characters upon the game’s release. A little later, Roen released the garments as a clothing line to purchase too, following their extensive in-game ‘modelling’.

Of course, there needs to be some semblance of logic behind using a digital avatar. When it comes to clothing, it is, at least, a believable representation of the outfit being advertised (as long as it is modelled by a human character). Trying to model a pair of Luis Vuitton shoes on Casper the Friendly Ghost, for example, would hardly be effective.

This very problem caused a recent Dior campaign to feel the stinging criticism of the online world. Dior, like many brands, approached a popular Instagram influencer to help advertise its campaign. The influencer in question had an impressive 197,000 followers at the time, so it seemed like an obvious move.

Except the influencer in question was a CGI character named Noonoouri. Dior wanted to promote its make-up. In this instance, the animated character is lacking a somewhat necessary component to be able to show viewers the end result: skin. This was highlighted multiple times in a barrage of comments against trying to sell a product without showing how it actually looked, given the product could not be applied to the character’s face.

This, coupled with the problem of heavy-handed advertising stunt breaking the illusion of intimacy that is an Instagram influencer’s main strength, resulted in a negative backlash for Dior.

With 1.5 million followers, Instagram’s Miquela Sousa, also known as Lil Miquela, is certainly living many people’s dream. She models top fashion brands like Chanel, takes selfies with the stars, and has songs on Spotify. She even suffers account hacks and drama. But she’s also an animated character.

Miquela is one of a number of CGI characters who are living in the uncanny valley — there’s Shudu, who claims on her Instagram to be the world’s first digital supermodel, and Blawko, Miquela’s male counterpart. Their followers listen to them as avidly as they would to real-life mega-influencers such as Kim Kardashian, and their promotion of products is arguably no less effective for being a digital creation. In fact, in some ways, it could be more potent because of the refreshing difference in a world saturated in real-life superstars.

Unlike with real celebrities, these digital creations are quite upfront about their nature and purpose. They are there to showcase products. In this way, and when done carefully, these avatar Instagram influencers can safely promote campaigns without tarnishing the strength of Instagram’s illusion of close contact between celebrities and their followers. There’s no sense of self-servitude from an animated character endorsing something on a wide scale — you can’t be accused of ‘selling out’ if you haven’t got a bank account.

Clearly, reality is no obstacle to the world of fashion. There’s no argument that these animated characters are ‘unrealistic’, but let’s face it — that’s never stopped us following and admiring the admittedly unrealistic expectations presented by their real-world model counterparts in years gone by. The only difference now is the viewer is being told where the ‘smoke and mirrors’ are from the start.