Dream Doors, the UK’s largest kitchen makeover retailer is expanding into Ireland, with the opening of its first franchised showroom in Belfast. The new store owner, Jon O’Hara, will also hold the Dream Doors master licence in Ireland, with a remit to find new franchisees in both Northern Ireland and the Republic of Ireland.

Dream Doors has 58 showrooms in England, Scotland and Wales. Since its launch in 1999, its model of replacing kitchen doors and work surfaces at fraction of the cost of a re-fit has proved hugely popular with consumers. The company recently completed its 40,000th kitchen makeover and 2015 turnover is up 24% compared to 2014, meaning the retailer is on target to turnover more than £25M by the end of 2015.

“With so many stores across England, Scotland and Wales, expanding to Ireland was the logical next step for Dream Doors,” said Troy Tappenden, MD, Dream Doors. “We have a simple model that is suitable for any market – high quality kitchen makeovers, completed in less than two days and for around a third of the cost of a full re-fit. Our growth this year has been the steepest in our history and we have now opened nine stores in 2015 alone. Ireland is a potentially massive market for us, both North and South of the border, and Jon is absolutely the right person to help with that expansion.”

Jon O’Hara joins Dream Doors after a long career in retail, working for brands such as Dream Beds and Currys. At Dream Beds he was an area manager with responsibility for all aspects of operations, so he is excited about not only being the first Dream Doors franchisee in Ireland, but also the holder of the Dream Doors master license for the whole of Ireland, meaning he can help grow the business there.

“Dream Doors is a proven success and I think the people of Belfast are going to relish the chance to get a kitchen makeover without weeks of hassle and disruption and at a far more affordable price,” said Jon O’ Hara, Dream Doors Belfast, showroom owner. “Lisburn Road is a wonderful location for the first Dream Doors showroom in Ireland, but Belfast really is just the start. The model can work anywhere and we are aiming to have another five showrooms open across Ireland by June 2016.”

As well as its kitchen makeover service, Dream Doors will also design and fit an entire new kitchen, as well as offering a host of integrated appliances. All its doors are made-to-measure and of the highest quality, coming in a variety of different styles and colours to suit all tastes.

Dream Doors has won a number of industry awards in 2015, becoming an 8-time award winner in the Franchise Marketing Awards (FMAs), and also winning the ‘Franchise Recruitment’ award in the 2015 bfa (British Franchise Association) HSBC Franchisor of the Year Awards that recognise the UK’s most exceptional franchisors. 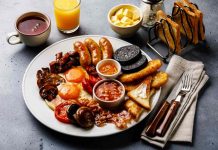 The surge in comfort food businesses starting during lockdown 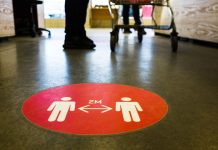 The impact of COVID-19 on modern retailers 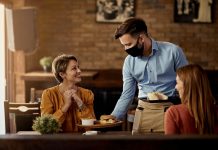 How to help your staff feel safe during a pandemic