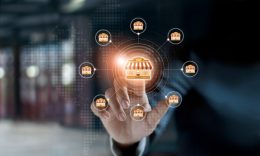 It’s every ambitious entrepreneur’s dream to be able to stand on their own two feet and see their business grow from strength to strength.

Having said this, starting a new limited company can be a daunting prospect, not least financially, franchising can be an appealing prospect for business owners wanting to hit the ground running.

There are pros and cons to franchising and the decision to do so should be carefully considered. Here, we take a look at the advantages and disadvantages so you can be well armed when it comes to making a decision.

Operating under an already established business can lead to success

Operating under an already established or well-known brand can have its obvious advantages for franchisees. You can be safe in the knowledge that the business model works and is already trusted by the market. Not only this, but the franchise will already have an established and loyal following of customers, which franchisees are able to take full advantage of.

As such, adopting a franchise and the benefits of its trademark will save business owners a lot of time as they won’t have to build up a customer base of their own. By operating under an already established name, you would also be saving both time and money on publicity, as the market already know what to expect from the brand.

Help and ongoing support from people in the know

If you agree to take up a franchise, you will be offered continued support, guidance and advice from the franchisor; something you wouldn’t necessarily have if you started your own limited company. Franchisors often offer training so that the franchisee feels well supported when it comes to things such as banking, account management, sales and customer relations.

Some franchisors also offer financial help to get the business off the ground, too. This can be hugely attractive to entrepreneurs who are strapped for cash or struggling to find the money to cover the inevitable startup costs.

Securing finance and loans is easier

As you have the backing of an already established and trusted brand, acquiring finance to build the business is often easier than it would be as an entrepreneur starting out on your own.

Investors are more likely to invest in a business model that has already proven it can work, as they’ll have more security on their return. Equally, banks look upon franchisees more favourably than struggling new business owners who are yet to prove their success or reliability. Franchisors are sometimes even able to provide the finance themselves, which can make life even easier.

As the franchise is already an up and running business model, relationships with suppliers, distributors, sales and marketing teams will be there for the taking. This means you won’t have to do the legwork to try to establish and maintain connections. You can hit the ground running in a way that independent startups won’t have.

Perhaps the biggest disadvantage to business owners who decide to franchise is that they have very little control over how the business is run. While the training and support you receive can be a big draw, it also means you are told how to manage and run the business on a day to day basis, with no or very limited room for your own input.

Often, company policy will dictate what you can and can’t do, and so many entrepreneurs feel this stymies their business creativity and independence.

Franchisees that stray from the franchise protocol may well be landed with a bill for doing so, or even risk having their agreement terminated.

While startup businesses sometimes find it hard to get off the ground and take a while before they make a profit, the increased likelihood of securing finance once you become a franchise can be appealing.

However, business owners should also be mindful that they may charge a lump sum fee for adopting the franchise name, and the franchisor has a right to a share of your profits. Many see this as a big drawback, given the fact that you will have to do the majority of the work on the ground, but have to pay for the privilege of operating as a franchise.

While the support and training you receive from the franchisor can be a huge advantage, the costs attached to this may well result in a further cut to your profits.

While every business owner inevitably wants to keep costs down, finding the most reasonably priced suppliers is out of your hands if you decide to franchise.

As a franchisee you’ll be required to use the already established franchise supply network. The cons of this not only relate to a lack of control, but also a potential reduction in profits if the suppliers used are not the most cost-effective.

Reliance on others could damage your business

The security of operating under an already established brand name can be advantageous, but it also means you are relying on the success of that business to bring you custom and profit. Equally, if the franchisor makes bad business decisions there’s still a chance of failure, resulting in you losing the business together.

Actions taken by other franchisees could also damage the reputation of the brand as a whole, which may well have a knock on effect to your profits and sales.

Franchising: A good idea or not?

While franchising comes with many perks, there is often a price to pay for the support and proven success that comes with it. Franchisees can don’t have to build a customer base up from the ground, but the franchisor will take a cut of the profits for the privilege of operating under their name. As such, entrepreneurs should consider whether the pros outweigh the cons before deciding whether to franchise their business or take the leap as an independent startup.