early two thirds (64%) of retailers are experiencing lengthy delays restocking some items due to disruptions to supply caused by Brexit and global shipping congestion, according to research by EKM, the UK’s leading e-commerce platform, which provides services to over 10,000 retailers.

58% of respondents were online-only retailers, while the remaining 42% operated both a high street shop and online.

EKM says that nearly a fifth (18%) of retailers have been forced to switch to non-EU suppliers to minimise delays and the higher costs associated with trading with the EU.

Antony Chesworth, Chief Executive of EKM, comments: “Delays obtaining items from EU suppliers and congestion at ports have persisted for several months and look set to continue for the foreseeable future. Nearly two thirds of retailers are reporting delays and in many cases those delays are for several months or more. The impact of these delays has fallen disproportionately on small, independent retailers with limited storage space to stockpile in-demand items.”

He adds: “These delays are costing retailers significant amounts of lost revenue. Rather than potentially waiting months for a product most customers look elsewhere, which means that the larger retailers often secure sales at the expense of those retailers most affected by supply chain disruption.” 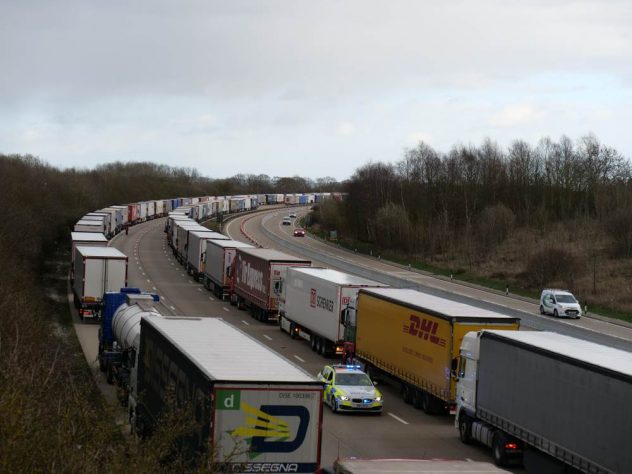 According to the data obtained by EKM, over a third of retailers have seen a fall in sales from customers based in the EU since 1 January 2021. Just 2% have seen an increase in sales, while 64% reported sales roughly the same as before Brexit.

Anthony Chesworth says: “EU sales make up a significant chunk of revenues for many of our retailers, which means that barriers to accessing EU markets could have a serious impact on cash flow. Customers in the EU are having to pay additional charges to receive goods from UK vendors, which is putting those vendors at a competitive disadvantage when selling to the EU.”

EKM points out that the additional costs associated with trading with the EU could push up prices for consumers. While many e-commerce businesses will try to absorb some or all of those costs, in many cases those costs will find their way into higher store prices. 20% of retailers say they will pass all the additional costs onto consumers, while 43% answered that they will pass some of the costs onto shoppers.

Anthony Chesworth says: “It won’t be possible for retailers to absorb all of the extra costs associated with trading with the EU. Even if products can be sourced from non-EU suppliers, increased shipping costs are eating into margins, putting pressure on retailers to hike storefront prices. Consumers may have to get used to a smaller range of products and price rises for the foreseeable future.”