Ahead of Small Business Saturday on 6th December, research released today quantifies, for the first time, the social value of shopping in small independent shops over and above the inherent economic benefits.

The research, commissioned by American Express reveals that small shops across the country are providing £537 million worth of added-value services and going above and beyond for their customers and local communities. This equates to £3,058 worth of time donated each year by the average small shop.

The most common examples cited were checking in on elderly and vulnerable neighbours, lending a friendly ear or giving advice on personal matters, personally delivering products free of charge and creating or sourcing bespoke items. With communities served by a greater proportion of independent small shops benefitting twice as much on average – £6,998 worth of added value services provided annually per shop vs. £2,956 in comparable areas with fewer independents.

Areas with a higher proportion of independent, small shops were also found to increase social interactions between shoppers, with people in these areas twice as likely to say “hello” to people on their high street.

A further 13% of residents from areas with a higher proportion of small businesses consider local shopkeepers their friends and 25% know them by their first name.

People who live near small shops are 16% more positive than those whose high street is less well represented with independents.

The research also confirms the positive economic impact small shops have on their local community. For the average shop 60% of their yearly spending is made locally, meaning that the average small shop re-circulated £148,500 back into their local economy in 2013 alone. 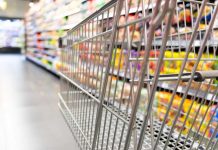 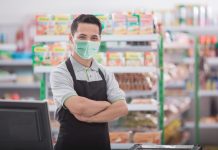