There’s always been that sense that you shouldn’t start Christmas marketing too early; that there’s a time and a place when it’s ok to utter the c-word for the first time each year.

Christmas advertising and marketing has traditionally been when John Lewis releases their TV ad with a memorable song or lovable character towards the end of the second week of November.

However, this year it feels as if the rulebook has been torn up by most – with Christmas adverts being released earlier than ever before; but rightly so as research shows Christmas was already front and centre in many consumers’ minds, long before a pumpkin had been carved.

And it’s likely that this year marks the start of a trend that’s here to stay, forcing marketers to rip up the rule book for good.

Our research into consumer trends, while planning the #TeamEarly Christmas campaign for online retailer Studio.co.uk, confirmed what we already suspected – that people were starting their 2021Christmas preparations further ahead than ever before and – not just that – but would also be making this Christmas their biggest yet. 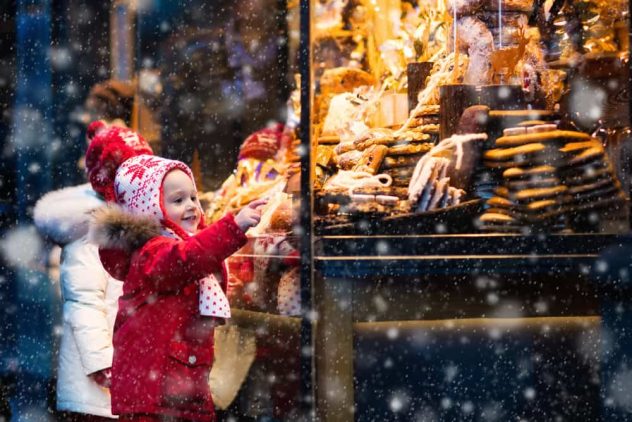 When we delved into the figures back in September, we found that almost half (48%) of consumers had already started their Christmas shopping with only a quarter saying they would be leaving it until the last minute.

Meanwhile, online searches for “Christmas” were higher in September 2021 than in the same period in the past 10 years, indicating that shoppers were already more active than previously.

The lingering disappointment of last year’s ‘cancelled’ Christmas has no doubt played a contributing factor in persuading consumers to start the festive planning sooner. However, this ‘shop early’ trend is also no doubt being fuelled by headlines that have screamed of stock shortages and delivery delays for weeks now. Almost 60% of consumers noted that they are expecting stock shortages to get worse in the run-up to Christmas and a Mintel study hinted that uncertainty from the fuel crisis may also encourage early Christmas shopping.

While multiple ongoing factors may have turbo-charged this change in consumer behaviour, it’s a trend that’s arguably been developing for quite some time now. The reality is that many consumers have been abandoning the more traditional ye olde Christmas shopping schedules for years and embracing initiatives that mean the season starts long before the elf is on the shelf.

While last-minute Christmas shopping and Boxing Day sales remain staples as unlikely to fall out of favour as turkey and stuffing, what we’ve seen over recent years is the Christmas marketing model adapting alongside changing consumer habits.

Black Friday – once an exclusively US tradition – has been growing in popularity ever seen online US retail brands introduced it to the UK in the 2010s and has been increasingly embraced by British brands as its popularity snowballed.

Once again it was the dot-com brands upending the industry with an initiative that is now just as commonplace on the high street as it is on the internet. The Black Friday sales have also crept earlier each year with the traditional one day of sales now extending to over a week of deals and its success has seen it joined by similar days including Cyber Monday.

These shopping events have not just incentivised people to start shopping earlier but have also contributed to people spending bigger too.

In one study nearly a quarter of people (23%) said that they will spend more money this Christmas than they normally do; a similar poll found this was more than half, as 55% said they will make Christmas 2021 the biggest celebration yet.

With so many cultural elements at play – from post-Covid mindsets that want to make up for the loss of family time due to restrictions, to spreading the cost because they’re worried about domestic heating costs rising – it’s essential that research drives decision-making and brands act quickly to make sure they stay relevant.

While there is always much debate over whether displaying Christmas products on shelves in the summer months is just annoying, especially to those who don’t want to think ‘festive thoughts’ until after Bonfire night at least, the number of people who are planning ahead is increasing every year – to the point that this is where the smart money is! For us, getting in early would be a good move for many brands that can deliver a Christmas marketing campaign with the right sentiment and in the right channels.

This Christmas more than ever will see people making the most of their freedom to spend time with loved ones and celebrate longer and it is the brands who tap into this mood in an authentic way who will get ahead.

For studio.co.uk going early made sense because the whole brand ethos is about helping people to spread the cost of Christmas and shop wisely. So what if some people said ‘This is too early’? Talkability, in itself, helps to boost campaign awareness, especially in social channels.

Bah humbugs, take note. This is one trend that isn’t going anywhere. In fact, if anything the festive season is likely to continue to creep earlier each year. Are we heading to a place where Christmas planning and shopping is – whisper it – an all-year-round activity? We may need a considerably bigger advent calendar…

Charlotte Beech is head of Creative Systems at MediaCom North.