New research* from Barclays Partner Finance suggests that Gen Z consumers (18-24-year-olds) are disproportionately impacted by the pitfalls associated with unregulated buy now, pay later (BNPL) products, with many using multiple unregulated BNPL providers to take on more debt than they can afford to repay. This has left the majority (66 per cent) of parents concerned about their adult children using BNPL, with more than three quarters (77 per cent) supporting Barclays’ call for tighter regulation of the sector.

The study, conducted among 2,000 BNPL users across the UK, shows that almost four in 10 (37 per cent) younger shoppers spent more than they anticipated in the Christmas and January sales using unregulated BNPL loans, compared to one in three (28 per cent) on a national scale. This spending has left Gen Z BNPL users with an average of £175.50 in monthly repayments, which they’re using a fifth (20 per cent) of their monthly discretionary income** to pay off. 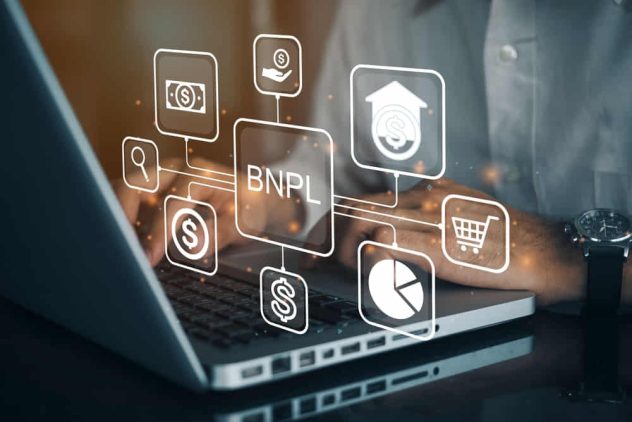 And while two in five (44 per cent) are left feeling overwhelmed by their repayments, three in 10 (29 per cent) doubt their ability to pay back what they have borrowed. Almost one in twelve (8 per cent) have already been contacted by debt collectors, 12 per cent have seen their credit score impacted, and half (50 per cent) regret using unregulated BNPL altogether, because they ended up buying more than they could afford to repay. The products most commonly bought by Gen Z-ers using BNPL are ‘everyday fashion’ items (35 per cent) and beauty products (26 per cent).

Barclays’ research shows that close to seven in 10 (68 per cent) 18-24-year-old users of unregulated BNPL products have racked up debts across multiple providers simultaneously, with 59 per cent of those having had agreements in place with three or more providers at the same time. Unregulated BNPL providers are not required to report loans to the Credit Reference Agencies which means these multiple BNPL loans are not currently visible to other credit providers to factor into their own affordability assessments. This can result in further credit being extended to a consumer already struggling with debt, compounding the problem.

The data also shows that parents of grown-up children are uneasy about their offspring taking out unregulated BNPL loans***. Two thirds (66 per cent) say they would be concerned if they found out their children were using BNPL payment methods, while almost half (45 per cent) actively discourage them from doing so. Among parents whose grown-up children have already used BNPL, over a fifth (22 per cent) have had to bail them out of BNPL repayments.

The UK government has already announced its intention to regulate BNPL products, but there are still discussions around what form the regulation will take. To ensure consumers are appropriately and consistently protected, it is Barclays’ strong view that BNPL should be subject to the same full regulatory framework that applies for other consumer credit products, in line with the principle of ‘same activity, same risk, same rules’. When lending is regulated, robust affordability assessments are required on a customer’s personal financial circumstances before a loan is approved. This ensures that the customer is only borrowing what they are comfortably able to pay back.

One of the pitfalls of unregulated products is that thorough checks on a customer’s personal financial circumstances are not always carried out, and as a result, customers may be less likely to have sufficient funds available to pay back borrowing on time.

In total, 77 per cent of parents with adult children support Barclays’ call for tighter regulation of the BNPL sector.

Antony Stephen, CEO of Barclays Partner Finance, said: “Rising inflation and energy bills are contributing to the growing cost of living crisis. This makes it much harder for consumers, particularly those in financially vulnerable groups, to stay on top of spending, and many are drawn to BNPL as a way to maintain their current lifestyle.

“As things stand, newer BNPL products are not subject to the same regulation as more traditional credit agreements. With many providers, consumers are not even given a detailed affordability assessment, and the credit reference agencies are given no visibility of the loans that are dished out. That’s a problem, because it allows consumers to get into unmanageable and overwhelming levels of debt, an issue that our research shows is hitting Gen Z shoppers particularly hard.”

Richard Lane, director of external affairs, StepChange commented: “All credit carries an inherent risk of debt for consumers, but on regulated credit those risks are mitigated through stringent rules about advertising, affordability assessments and treating customers fairly. At present, despite the positives that BNPL can offer, the sector still remains outside those rules and that increases the risk of consumer harm.

“It’s particularly worrying that young people with less financial experience to draw upon are becoming such widespread users of unregulated credit. We already know that use of BNPL has significant crossover with financial difficulty – our own research suggests that around a quarter of BNPL users are having to turn to borrowing just to keep up with their essential costs. It’s vital to bring regulation of this sector into line with other forms of consumer credit.”

Barclays Partner Finance has been providing regulated point-of-sale credit products and services for many years, offering interest-free and interest-bearing loans over a range of lending periods. For example, in December the company extended the partnership with Amazon to enable customers to pay in instalments on purchases of £100 or more on amazon.co.uk.

The new, flexible payment method, Instalments by Barclays, is a fully-regulated lending option where Barclays carries out a full credit and affordability check for first-time users, to ensure they are only borrowing what they can afford.