How has the high street changed?

With more consumers than ever before shopping online from the comfort of their own homes or on the go, the high street has become somewhat obsolete in recent years. But with an increasing demand for the resurgence of brick and mortar stores, it may experience a comeback sooner than you might think. Continue reading to familiarise yourself with how the high street has changed in recent years.

1. The rise of coffee culture

In the late 1990s, coffee culture was a mere pipe dream. If you wanted to enjoy a cup of coffee whilst you were shopping, you had to choose between an independent café, a food court, or a department store. Today, there are over 25,000 coffee shops and counting in the UK alone. The coffee culture movement was, arguably, triggered by the opening of the country’s first-ever Starbucks in London in 1998 and its subsequent rise that has taken the country by storm ever since. With consumers now able to get a hot cup of coffee delivered to their doorstep in a matter of minutes, the rise of coffee culture truly has taken over the high street. 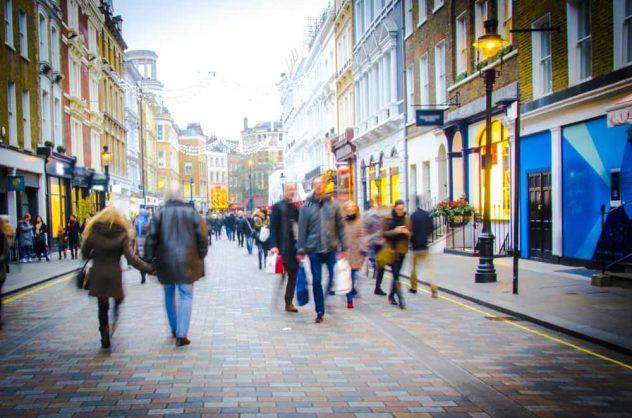 2. The proliferation of e-commerce

Since the mid 2000s, consumers have been shopping for goods and services at the touch of a button on leading online platforms, such as Screen Textiles. As a result, brick and mortar clothing stores have been experiencing a sudden drop in footfall that has, unfortunately, led to the demise of a number of high street staples that were once popular with shoppers of all ages and interests. In today’s digital landscape, convenience is key. This is one of the main reasons why shoppers opt for shopping online as opposed to shopping in person.

3. An increase in takeaway restaurants

When it comes to the high street, takeaways are one of the few services that have increased their presence up and down the country. This is largely due to the ever-expanding popularity of fast-food restaurants and the emergence of the gig economy and online food delivery companies such as Just Eat, Deliveroo, and Uber Eats. According to a recent survey, the number of takeaway restaurants in the country has increased by up to 45% since 1997 alone.

4. A move to a cashless society

In recent years, brick and mortar stores have made the switch to a cashless society by accepting either cash and card or card only. As a result, consumers have been able to shop for goods and services with the swipe of a card and are no longer required to carry cash whenever or wherever they may be.

Since the late 1990s, the high street has undergone a number of dramatic changes. This includes the rise of coffee culture, the proliferation of e-commerce, an increase in takeaway restaurants, and a move to a cashless society. As a result, the future of the high street and the opportunity for a well-needed resurgence is more uncertain than ever before.