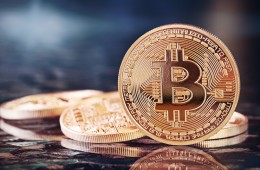 Akif Khan, chief commercial officer for Bitnet tells Talk Retail the history of bitcoin and what it holds for the future of e-commerce.

Invented in 2008, the original bitcoin protocols were published online in a paper by the mysterious Satoshi Nakamoto (a likely pseudonym). What’s believed to be bitcoin’s first e-commerce transaction happened in 2010, when Florida programmer Laszlo Hanyecz exchanged 10,000 bitcoin for two large Papa John’s pizzas. Astoundingly, whilst those bitcoins were worth about £20 at the time, now they would be valued at millions. Bitcoin is a new breed of secure payment platform and today is being adopted by the current generation of online merchants. Users no longer have to barter for pizza but can instead shop at major retailers like Expedia, Dell, and Microsoft. They can buy airline tickets, or even purchase food at many restaurants and sites online.

E-commerce, bitcoin and the future

Fast forward seven years to 2022 when e-commerce turns 28 and bitcoin is 14-years-old, what will it be like? Bitcoin acceptance will grow with more merchants accepting the digital currency, reaching near universal status as a standard payment method. After all, more sellers can capitalise on bitcoin’s lower-than-credit-cards transaction fees, access new high-end users, guarantee of payment with natural protection from fraud and no risk of chargebacks.

This broad acceptance should serve to stabilise the value of the currency, as the user base widens and bitcoin’s price becomes more closely tied to the costs of goods.

In reality, the future is already here and by 2022 we may witness the revolution of and see bitcoin emerging as the currency of global e-commerce. This is thanks to its lack of cross-border fees and the opportunities it represents for the developing world. Bitcoin will accelerate the adoption and expansion of access to international shopping, based on the ease with which it can be implemented and the lack of competing solutions. Just as many emerging markets could avoid the need to create an infrastructure of telephone poles by flying straight to mobile, in the developing world many users have never owned a credit card and could jump directly to benefiting from the better security and lower fees of bitcoin transactions. This will enable e-commerce merchants across the globe to succeed in selling without boundaries, ushering in an exciting and wild diversity of new markets.

Consistent Government regulation is also a shared horizon for both bitcoin and coming advances to e-commerce. For bitcoin, governments all over the world have different opinions on whether to legally deem it a currency and how to impose controls for tracking disreputable activity as well as exploring transaction taxes, etc. The attitude of bitcoin processors is that they’re capable of meeting whatever regulatory requirements are found to be necessary, but those requirements need to be clear.

Meanwhile, e-commerce is poised to be transformed by drones, with the potential for deliveries made by these flying robots offering huge upsides for merchants and customers as far as automation and speed of shipping. The FAA is currently pursuing a flexible regulatory approach, and while hurdles and decisions about safe implementation remain, the technology may be too promising to resist.

Put yourself in 2022 and you’ll see China’s first space station and Germany completely phasing out nuclear energy. Plus, closer to home, you may find yourself buying products online from international sellers which don’t exist today, paying in bitcoin, while watching a drone carefully land the purchase on your doorstep in an increasingly digitalised world. Just imagine the changes to our world if we checked in another seven years after that, and then another after that.