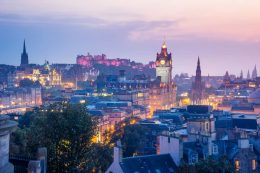 Scottish bookmakers have stated that they are at risk of closure should they not receive financial help from the government.

Scotland currently has around 900 betting shops which employ over 4,500 people but many of these workers are at risk of job losses due to being excluded from business rates relief.

Independent bookmakers who do not have the ability to accept bets online have been hit hard by the worldwide pandemic which forced the nation into lockdown beginning in March. Like many businesses which were forced to close their doors, many independent bookmakers have still had to pay rent and cover other expenses without generating an income for several months. It is feared that without financial assistance from the government, many Scottish bookmakers will have to close permanently, leaving potentially thousands of people unemployed. Larger bookmakers may be able to take the hit but for smaller independent bookies, they are struggling to survive.

After being forced to close their shops 4 months ago, bookmakers in Scotland were allowed to reopen on 29th June but with restrictions such as gaming machines and chairs being prohibited as well as live racing not being allowed on in-store televisions to discourage gatherings. These restrictions are due to be lifted from Wednesday 22nd July but many fear that the damage has already been done and without support, several betting shops will be forced to close causing job losses.

After an appeal from the Betting and Gaming Council (BGC) for the restrictions to be lifted was successful, the next step is to try and persuade the government to grant business rates relief to betting shops.

“We were delighted when the Scottish Government listened to us lifting the restrictions, which had led to a fall in turnover of up to 95 per cent compared to pre-lockdown in some shops.

“We are now calling on them to apply the business rates relief and grant support that others in our industry have received to betting shops.

“These businesses employ thousands of men and women across Scotland, and they deserve their government’s full support now that they are back at work. If they don’t get it, many will sadly lose their jobs as their shops are forced to close.

“The Scottish Government needs to pull out all the stops to prevent that from happening and ensure betting shops can play their part in getting the economy back on its feet.”