Grocery (food and drink) value sales in UK supermarkets over the full six-week Christmas trading period (to 2 January) were -0.6% lower than in 2014, according to data released by global insight leader IRI.

This performance was stronger than might have been expected, given the growth experienced by discounters in the last year. Figures for 2015 as a whole from IRI’s Retail Advantage, which measures sales from major UK grocery multiples, show a drop in grocery sales of -1.3% for the previous 46 weeks.

Strong sales in the Beers, Wines, and Spirits categories played an important part in helping the supermarkets to slow down the decline, gaining £60m of extra sales across Christmas week and New Year week compared with the previous year. They outstripped total food sales over the festive fortnight – with year-on-year growth of 11.5% (to £515.3m) in the week ending 26 December versus 8.8% for total food, and 3% (to £251.1m) in the week ending 2 January against a decline of -3.7% for total food.

“The major multiples did hold their own to a large extent over the festive period, helped by a strong performance from the Beers, Wines and Spirits categories,” commented Tim Eales, IRI’s Strategic Insight Director. 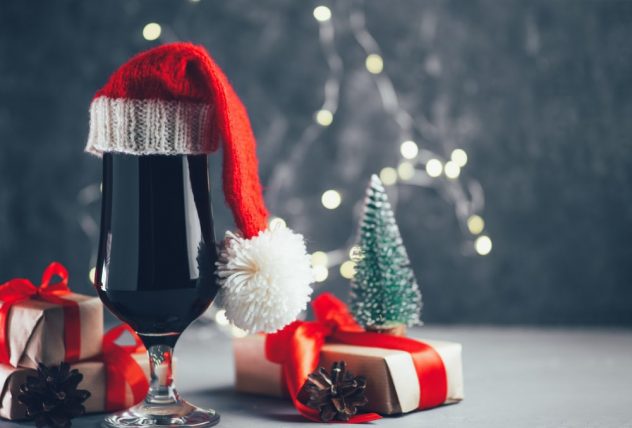 “Long term, the market for alcohol has been falling in the UK, but supermarket sales have risen slightly across 2015 to £12.1bn (+1%), and grew in the final week of the year when most other FMCG categories declined. People are changing where they shop for beer, wine and spirits, buying more from supermarkets and drinking less out of home. This is one area where supermarkets may not lose so much to the discounters – when buying alcohol for a special occasion or a gift, people want a brand name on the bottle.”

Within the Beers, Wines, and Spirits categories it was sparkling wine/champagne that achieved the highest growth, with fans of the fizz spending an extra £15m, 18% more, during the two Christmas and New Year weeks than they did in 2014. This reflects the growing market for sparkling wine in the UK, which increased by 14.5% to £905m during 2015. Sales of beer and lager grew by £10.7m in the two weeks to 2 January.

Shoppers spent £20m more on spirits in the two weeks to 2 January than they did in 2014. Sales reached £164m in Christmas week and £70m in New Year week, with total weekly spend during the fortnight almost three times greater than the average for the rest of the year. The Beers, Wines, and Spirits category overall sold more than twice the weekly average for the rest of the year.