With 3000 logistics companies, 400,000 vehicles, 5,000 warehouses, nearly 200 aircrafts, and an army of 1.7 million foot soldiers fanning out across towns and cities in China, Singles’ Day is marking China as the dominant force in retail and e-commerce. The event is now the world’s biggest online sales day and is set to seep into Western consciousness in the years to come.

Last year, the day created record breaking sales of $9.3 billion USD in just 24 hours, dwarfing Black Friday and Cyber Monday. Sales are set to surge 40% on last year. Yet recognition and understanding of the day amongst Western businesses and consumers alike, remains limited. Retailers must work to realise the opportunities represented by Singles’ Day.

Although the day begun in 2009, set up by e-commerce giant Alibaba and with just 27 merchants, it has now grown to become the largest commercial event ever seen, bringing together more than 40,000 retailers and over 5,000 brands.

The day now spans more than 25 countries, where hundreds of millions of products will be offered for sale, sometimes with heavily discounted prices. In fact, it is not uncommon for products to have nearly 80% off the usual retail price, but the day is so big the volumes of sales still make it worthwhile for retailers. A first for this year, Alibaba is taking an omni-channel approach with some Singles’ Day activity happening offline at over one thousand brick and mortar stores.

As a result, all parts of the supply chain from payment, logistics, delivery and merchants work to manage the mass of orders, creating a big knock-on impact on the B2B sector and service providers operating in Europe and the rest of the world.

So where do things go from here? China’s online population is growing rapidly and has reached 618 million, of which 300 million are shopping online. The country has world’s largest mobile internet user base with 500 million users. There is also a large expected increase in mobile sales this year, where 42.6% of purchases are taking place, helping the reach of Singles’ Day.

Whilst 80% of e-commerce in China is handled by Alibaba, the company has set its sights on international markets thanks to its IPO in the US and buy-in from large global brands such as P & G, Unilever, Burberry, Estee Lauder, Zara, Apple, Nike, Uniqlo, Huggies and Macy’s. Alibaba has also announced the opening of offices in Europe, with a focus on France, Italy and Germany, as well as acquisitions of the largest global players in e-commerce.

For the first time, the day will reach a range of first time international buyers outside China through the use of the portal Aliexpress. The marketplace directly connects tens of thousands of Chinese producers with consumers. It is an online platform that now available in more than 15 foreign languages, is offered as an application for mobile and tablet, and is available on Android and IOS as well as Alibaba’s own Chinese operating system.

There is a growing sense of inevitability that the event will make a far greater impact on Europe, even if it doesn’t become the cultural institution that it is in China. Expanding into international markets can be a bewildering but highly effective way to grow your business and increase profit. The day is only likely to grow in scale, popularity and reach and although and no-one can really predict the magnitude and growth that will be seen in the years to come, UK retailers and markets must mark the day in bold in their e-commerce calendar, and seek to understand the opportunities presented by it now. 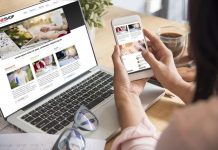 Has COVID-19 shown that technology is the way forward for e-commerce? 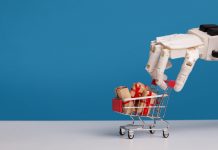