Premier League has been growing stronger and stronger on all fronts, thanks to the numerous T-shirt sponsorship deals which various football clubs have managed to secure.

Collectively, the value of all the 20 Premier League football t-shirt sponsor deals totalled a whooping £226.5 million for the season 2016/2017. These figures overshadow the total worth of sponsorship deals from other leagues such as the La Liga and the Bundesliga where sponsorship totalled around £100 million for the same period.

Gaming brands are seeing an opportunity in marketing themselves through sports

Big brands around the world are pumping lots of funds into sponsorship deals in a bid to gain an audience. By sponsoring sports such as football, they are raising awareness of their existence and subsequently their products/services.

Let’s take the example of Dafabet. This company has since invested some £8 million in t-shirt sponsorship across Sunderland and Burnley. As a result, this brand is now visible across some 225 territories which consist of about 730 million homes. Still, the global in-home audience surpasses the 3 billion mark. These figures keep rising by the day, and this proves the viability of this global marketing method.

Currently, there are 20 premier league football clubs of which 14 are funded through t-shirt sponsorship with foreign companies. This shows that the entire premier league is attracting attention beyond its boundaries, with brands coming from the US, Asia and the Middle East taking center stage in entering these contracts. Companies from these regions have the biggest deals like Cod Promo Betano, with the top football clubs on this list. 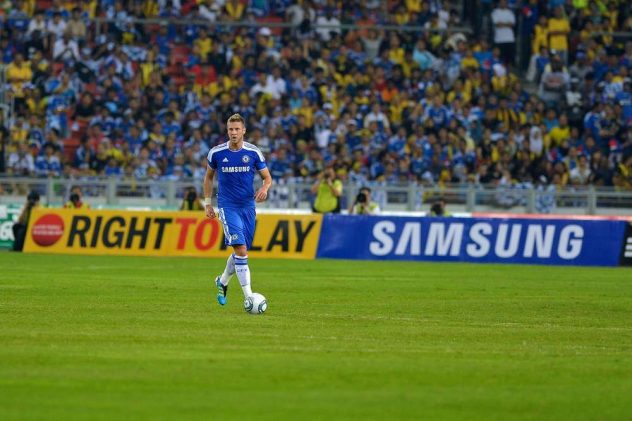 The casino and betting industry, in general, is warming up to the Premier League too, although what they have contributed since then doesn’t match the iconic contract size that Manchester United signed with car manufacturer, Chevrolet 5 years ago. This contract is supposed to remain active throughout the course of 7 years, and is the largest of its kind in the history of sports.

However, it’s just a matter of time before world’s big betting brands can monopolize the situation since investing in sports has a serious potential of raising their brand profiles.

West Brom is the latest football club to sign a lucrative sponsor deal with a Chinese construction firm – “Palm”. Although deals are often signed between a football club and a betting firm, things are changing since every brand is struggling to place itself in the eyes of a potential audience.

The Chinese firm takes over West Brom’s sponsorship from K8 Bet after the initial contract was terminated. This means that the next season will see players put on t-shirts with the company’s brand name and logo adorned across the front of the clothing.

K8 Bet, on the other hand, terminated its 2-year contract with the football club prematurely before this Chinese firm took over immediately. This proves the competitive nature of sports and sponsorship which has the potential to take marketing to a whole new level. The big betting brands and casinos are also looking forward to utilize this opportunity to their advantage.